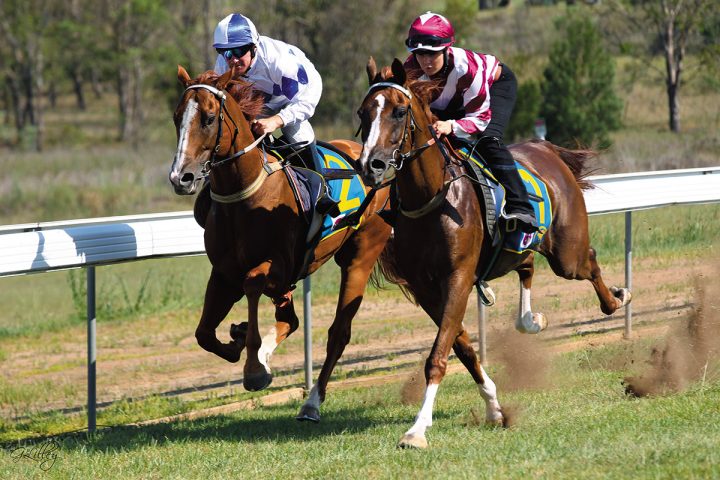 Galloping up the straight!

Arabian horses have raced in Australia since the early days of the colony. A perusal of the first few volumes of the Australian Thoroughbred Studbook reveal numerous entries of purebred Arabian horses who subsequently appear in a surprising number of pedigrees of Australia’s early racehorses.

By Virginia Dodson of NARA | Imagery by Glenys Lilley

In 1804 the Arabian stallions Shark and White William arrived in Australia. Both these stallions did much to improve the standard of horseflesh in the colony, but it was as progenitors of the early racehorses that they distinguished themselves. Junius, a grandson of Shark, was to become the premier racehorse prior to 1830 and White William produced the notable sire Derwent.

The early volumes of the Australian Thoroughbred Studbook are peppered with pedigrees that contain Arabian bloodlines and indeed list many purebred Arabian sires. Despite the exploits of such horses as Hector and Glaucus who actually won the All Arab Cup, eminent judges of the day refused to believe these stallions were Arabians. Such was the prejudice against the breed that any who won races were claimed to be Thoroughbreds!

In the early 1800s Arabians raced against Thoroughbreds and one who stood out was the remarkable Dagworth, a part Arabian who descended from Glaucus. He was a versatile athlete who won over distances from 4800 metres to 2000 metres, including the 3200 metre 1872 Metropolitan Handicap.

Another notable Arabian stallion was Pegasus, sire of the gelding Saladin who won the 1871 Australian Cup over 3600 metres and the 1200 metre Hotham Handicap. He ran third in the Melbourne Cup but despite the fact that he was seen to be in front of the other horse, was not credited with a place and therefore does not appear in the records.

The three dominant Thoroughbred sire lines in Australia in the 1990s were Star Kingdom, Northern Dancer and Sir Tristram – all trace in direct male line to the Darley Arabian.

It is interesting to note the long distances over which these horses raced. Many races were longer than the Melbourne Cup and often had heats beforehand. A far cry from the sprinting two-year-old races of today!

By the early 1900s the Arabian breed as a racehorse was becoming absorbed into the Thoroughbred Stud Book and its identity was lost. It was to be many decades before Arabians again appeared on a racetrack. Amateur Arabian racing started up again in the 1980s but as the Thoroughbred industry had the support of Government legislation and the prejudice towards Arabians lingered on, the attempt at establishing the sport again failed. However by the late 1990s the Victorian Arabian Jockey Club and subsequently the National Arabian Racehorse Association (NARA) were formed and a concerted effort, involving many meetings with racing authorities and State Governments, saw Arabians, the original racehorses, return to Australian tracks once more.

Over the last few years, with the assistance of our generous UAE sponsors, HH Sheikh Mansoor Bin Zayed Al Nahyan, HH Sheikh Hamdan Bin Rashid Al Maktoum and HH Sheikh Sultan Bin Zayed Al Nahyan, NARA has achieved a higher profile for Arabian racing with races being conducted on such prestigious racetracks as Moonee Valley, Sandown, Caulfield, Morphettville and the Gold Coast. NARA is committed to the promotion and administration of Arabian racing in Australia, thereby providing the opportunity for Australian bloodlines to once again prove their soundness and stamina on the racetrack.

Recently NARA staged an Exhibition Gallop during the East Coast Arabian Championships. Anthony Mountney kindly brought along the four-year-old Thoroughbred gelding Dreams Alive by the renowned sire Sebring out of the well performed Chance Bye, to have a training gallop with the Arabian gelding Reid River R-Mani (The Accolade x Reid River First Impresshines). R-Mani is proudly owned by Queensland’s Cassie Saunders. He was bred by Keith and Melissa Reid of Reid River Arabians, a stud notable for breeding top show horses and the well-performed endurance horse, Reid River Reflectshine. Anthony has this imposing chestnut gelding in top form as evidenced by his fourth straight win in the HARC Open Sprint at Merton on the 11 February, 2017.

A good crowd listened attentively to Anthony’s talk on training the racehorse where he pointed out the differences and similarities between the two geldings. A snippet of this and their training gallop can be viewed on the NARA Facebook page.

I asked Anthony about training and selecting the Arabian racehorse.

What physical attributes do you look for in an Arabian racing prospect?

Look for a race prospect which is a balanced, structurally correct individual. Look for a good length of rein and a sloping shoulder flowing into a well-defined wither. Strong loins and well-defined stifles and gaskin will give you your engine. The hindquarters are where your propulsion comes from to get out of the starting gates efficiently, so they need good depth and muscling power. It goes without saying that straight legs and good sound feet are essential. When the horse walks it should give the impression of an easy moving athlete rather than a showy Arabian.

Is there a difference in speed and stamina between a Thoroughbred and an Arabian?

An Arabian is approximately one second slower than a Thoroughbred over a furlong (200 metres). An average Thoroughbred would do around 1:10 over 1200 metres against an average Arabian’s time of around 1:20/1:23. However, faster times have certainly been recorded. The stamina and endurance capabilities of the Arabian are well known and over some of the longer distance races of 4000 metres would probably be faster than a Thoroughbred.

Is there any difference between the breeds as far as attitude to training and racing is concerned?

Arabians tend to be cleaner in the wind with a greater utilisation of oxygen than the Thoroughbred leading to a more rapid recovery after work. The Arabian doesn’t tend to go off its feed as some Thoroughbreds do. Young Thoroughbreds tend to be a bit wayward whereas the Arabians can take more pressure in training. They are the thinking person’s horse, however in Australia they haven’t been specifically bred for racing so don’t have that innate will to win and need to be taught how to gallop. Does a jockey need to be aware of these differences?

Yes, they tend to be chasers rather than front runners and are often ‘one paced’. You will get this with endurance horses switching to racing and they have to be trained to develop a ‘turn of foot’.

Do the NARA Rules of Racing differ from the TB rules?

The NARA Rules of Racing mirror those of the Thoroughbred industry with a few modifications such as the age of horses permitted to race and the use of the whip rule. These can be viewed on the NARA website. It is recognised that the Arabian matures later than the Thoroughbred horse. On that subject I feel no real pressure should be put upon horses up until six years of age.

Is there any difference between feeding either breed and what sort of costs are you looking at?

I feed both breeds pretty much the same ration, adjusting it for the individual. Plenty of hay and a basic natural diet. I do feed a lot of grain but I find the Arabians are less tolerant of cracked corn, which can cause a bit of muscle soreness.

Is there prize money for Arabian racing?

Yes, NARA is paying out modest but regular prize money, which makes it viable to keep a horse in work and we have feature races every year that carry higher prize money.

Does NARA have a race calendar?

Yes, there is a race approximately every four to six weeks. Check the NARA website for details.

In closing, Anthony said that unlike most of the other Arabian racing countries, we haven’t been breeding for racing in Australia so it remains to be seen which bloodlines will come to the fore in the years ahead. There will be interesting times ahead. 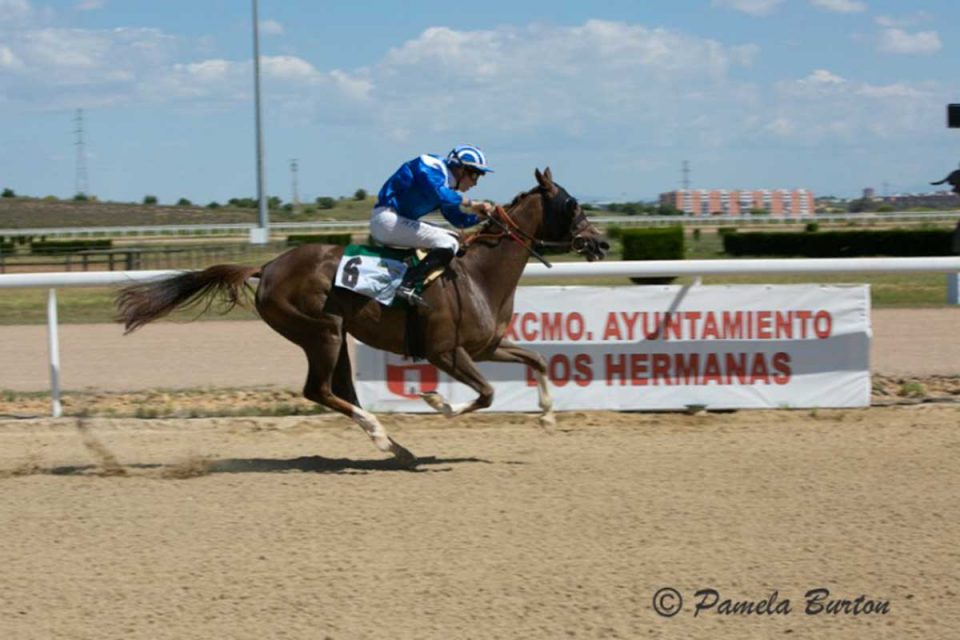