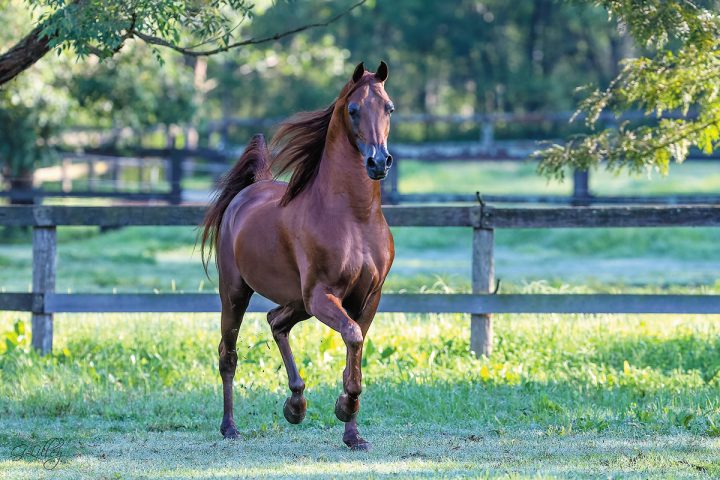 Bred in the USA in 2007 by the McMahon family, RHR Heir of Marwan arrived on our shores in November 2009. Royally bred, his sire is Marwan Al Shaqab (Gazal Al Shaqab x Little Liza Fame) and his dam the Padrons Psyche daughter, LC Psyches Heiress from Jamaara (by Ali Jamaal). A pedigree steeped in the finest Polish, Russian and Egyptian bloodlines.

He had a short but illustrious show career in America and here in Australia he won at several key shows including the East Coast Championships and was also awarded the prestigious NSW Triple Crown.

His crowning glory is winning the esteemed Australian National Champion Senior Stallion sash, not once, but twice – in 2014 and 2017. The only Arabian stallion in the entire history of the Australian Championships to do so!

Diaa arrived in Sydney’s western suburbs from Lebanon when he was seven and recounted, “The first horse I saw was when I was three years old and he was a gorgeous chestnut Arabian stallion at a stable my father and I visited in Lebanon. This stallion made an unforgettable impression on me.

“Where I lived in Australia, not many children were taken by the beauty of Arabian horses as I was. And that made me a unique ‘dreamer’ because I continuously drew pictures of myself as a grown up, living amongst Arabian horses!” Diaa eventually became involved with Arabians during his visits back to Lebanon as a teenager, where he rode them in showjumping competitions.

Later in life Diaa attended university to study both engineering and philosophy, eventually obtaining a Master’s Degree with a thesis on political philosophy and religion. Today his profession is a Chartered Structural Engineer.

Currently there are seven horses at the Southern Chariot Stud, Heir, plus six mares of various bloodlines. When asking about his preference for bloodlines, Diaa stated, “I do not have any preferences for particular bloodlines as I admire any lines that can contribute to my aim of combining extreme height, prettiness and energy in the one horse. The formula is much more complex than favouring particular bloodlines. I believe extracting the jewel of this pure breed lies in the widest possible mixture of certain trait holders. My goal for the stud is now to breed mares from the finest bloodlines in Australia to RHR Heir of Marwan. I aim to combine beauty with height and strength in the one line.

“The reason I selected Heir began with his unmatched record in Australia as a Triple Crown winner, plus his 2014 Australian Champion Senior Stallion award, and him being in my opinion, one of the best Arabian stallions in Australia today. It was love at first sight. Also with Heir it was a character ‘thing’ as well, his fiery and unbeatable show attitude in the arena – while also being soft and sweet during a one-on-one level filled my heart with love and admiration for him. This is not to understate the beautiful progeny he has produced.”

I asked Diaa what it meant to him when RHR Heir of Marwan won 2017 Australian Champion Senior Stallion? “It meant that Heir remains the unbeatable Australian Champion both in his prime as well as in his youth. He is now ready to take on the world in Paris this year. My firm belief that Heir is the most beautiful living stallion in the world has only strengthened further. He deserves Australia to stand behind him and support him in his venture to a world title as the reigning Australian Champion Stallion.”

Sharing a special moment together 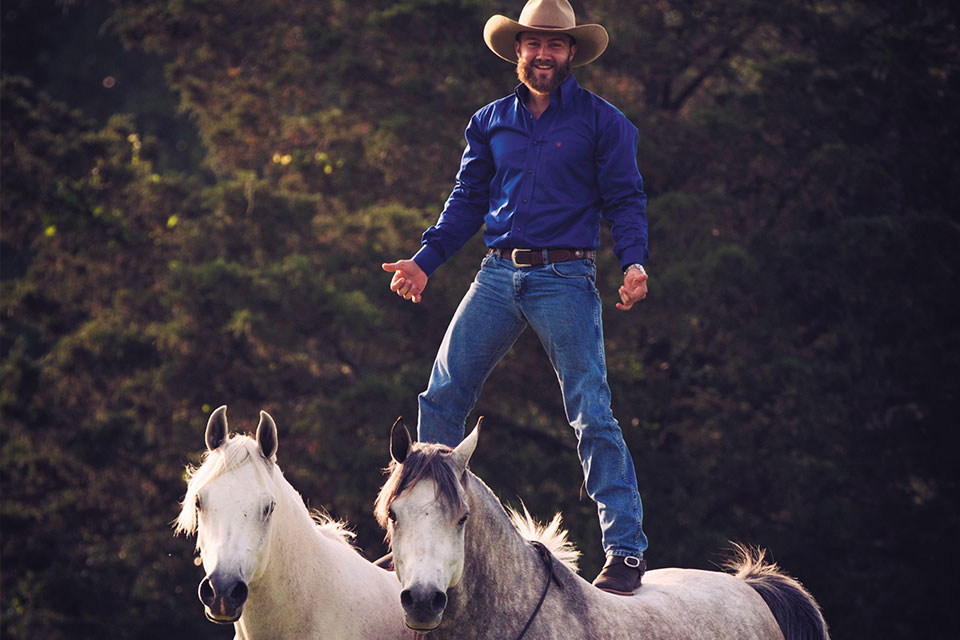