The Art of The Arabian Horse 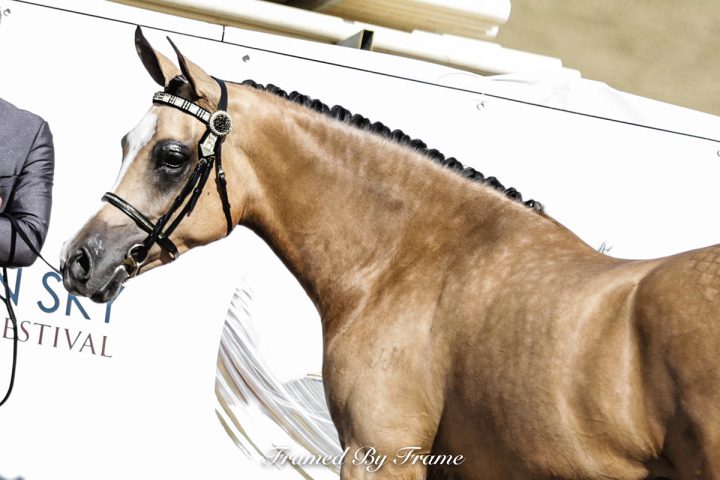 Editor’s note: As anyone who has spent time with her would know, Ally Hudson is one of the most genuine and caring people in the Arabian horse industry today. If there is an information day, horse show, open day or any other kind of gathering within driving distance, Ally and her husband Ray will always give up their time to try and support it. Ally doesn’t just talk the talk, she walks the walk and with her wide smile and sparkling eyes, she does it with rare grace, eagerness and style. Honoured with a Distinguished Service Award from the Arabian Horse Society, there is so much that many of us can learn from Ally Hudson, and I am honoured she chose to tell her story in this edition of Arabian Studs & Stallions.
By Ally Hudson

As the curtain comes down on my lifetime of breeding Arabians I am moved to write these few words. Thank you to the Arabian horse for the lifetime of joy and friendships you have given me.

My love of horses began as a little girl. I would cut out pictures and paste them in books and ride broomstick horses with socks for heads. I soon learned to sew on eyes, make halters, manes and forelocks and they got better each time.

Growing up in the eastern suburbs of Sydney there wasn’t much chance to have hands on experiences with horses, however I took myself along to the Sydney Royal Easter Show and befriended George Thompson and Dave Cox, principals of Hawkesbury and Wagga Agricultural Colleges at the time. It was a huge thrill to help lead their Arabians in the grand parade and on one occasion they legged me up on Delos (Spindrift x Iona) and led me around…what a delight! It was at Sydney Royal that I first saw and fell in love with Banderol (Sindh x Balsora) and Ballerina (Shafreyn x Baksheesh). What a joy those couple of years were as a young girl. The Arabian Dream stayed with me and I later attended more shows, sat in the grandstands and watched the Arabian classes. It was during that time that my love for El Shaklan (Shaker El Masri x Estopa) blood began. I noticed that the horses I admired most carried a high percentage of his blood. Unfortunately my desire to own an El Shaklan related horse was put on hold for quite a few years, but the desire never left me.

In the meantime, while waiting to find my dream Arabian I continued riding whenever I could and purchased a part Arabian palomino colt, Majura Gold. He and I competed in two of the earliest Tom Quilty Cups and I had the privilege of riding with RM Williams, his wife Erica, and Ron Males. They were very supportive and helpful and I won a coveted Tom Quilty Buckle at my second attempt. I also competed in and completed the first ACT Endurance ride.

I then purchased a Crabbet gelding from Leo Campbell of Santarabia Stud, Santarabia Ramah (Ruberto x Santarabia Shaleen). He was two when I bought him and I had him until his death at 25 years. That is a large chunk of life. He and I were best buddies, and his forte was polocrosse and sporting events which we both enjoyed. I played Polocrosse No. 2 on him for Bungendore for a few seasons and he also played in the men’s competition. One highlight was when he was awarded Best Men’s A Grade No 2 Horse of the Carnival out of 22 teams, ridden by Brian White. What a coup for an Arabian horse.

These years reinforced my ongoing love of the Arabian horse and strengthened my resolve to purchase an El Shaklan line mare. At that time any purebred Arabian mare was, at the minimum, $5,000, which in those days was a lot of money. I was fortunate enough to meet Lynn and Steve Worsley from Joda Arabians and purchased Joda Azar, a beautiful bay yearling filly from Simeon Sanegor’s first crop of foals. My late husband Cec Guy was instrumental in purchasing her, insisting she was the one we had to have. Time has proven he was so right.

Lynn, Steve and Simeon Sanegor were inspirational to us. They became part of the Arabian Lifestyle Group, together with the lovely Richard and Linda Walsh and Les Bradney and Tom Tancred of Eastwinds, who all became my lifelong friends.

After Cec passed away I remained on my farm and later remarried. My husband Ray, originally a farmer from Nyngan, has supported my dreams through the last 17 or so years. He too had fallen under the spell of the Arabian horse and together we bred two fillies from Joda Azar, one of which we retained for the stud.

My love of horses began as a little girl. I would cut out pictures and paste them in books and ride broomstick horses with socks for heads.

We named her Quartz Hill Farm Elusive Star by Fairview Exclusive (Amir El Shaklan x Esperanza).She bred some lovely foals for us including our current top broodmare, Quartz Hill Farm Puss In Boots by Eastwinds Ovation (Simeon Sanegor x Halina Shaklan), who is an Australian National Champion Top Ten, however more importantly, she is my most precious girl.

The show ring highs with horses I actually bred, really started with Luv In The Mist, now deceased. In 1998 she was East Coast Reserve Champion Junior Filly, shown by Ray, and that was his first huge moment with Arabian horses. From there the awards kept coming.

Quartz Hill Farm Luv Me Too was East Coast Res Champion Yearling Filly in 2002, and Australian National Top Ten in 2002, 2003 and 2004. Red Hot Luva, son of Luv In The Mist by Eastwinds Ovation, was Champion at the National Stud Horse Show 2002 and won the Mulawa Ambition Award. QHF Angels Kiss (Eastwinds Axplosion x Eastwinds Made in Heaven) was Victorian Classic Champion Yearling Filly under Lenita Perroy in 2003. She has become a super broodmare.

Probably one of the most magical of my memories in all these years was at the National Stud Horse Show in 2009. Quartz Hill Farm Johara Shaklan stood in line together with Quartz Hill Farm Ooh La La for Supreme of Show. There were two Mulawa horses, two Bremervale horses and my two Quartz Hill Farm girls…wow! It was one of my biggest moments ever, to have my small stud standing in line with two of the biggest, most successful studs in Australia for Supreme of the Show. Needless to say we were not awarded, but the thrill was the greatest. We were there!

She was then purchased by Mark Wharton and Quentin Naylor of Peregrine Bloodstock International in Kentucky and made the long journey to the United States of America. As I write this she has just foaled a filly for them.

I have listed some major show results hoping they will be inspirational to many others, to breed, prepare and show their Arabian horses and live the dream. It can be done. I must say I was surprised when I wrote them down – how many there were and what an exciting journey it had been.

Over the years I have also been blessed to be entrusted with the care of some significant and beautiful stallions. Eastwinds Axplosion (Simeon Sa’ar x Amira Bint Esperanza), Om El Eminence imp USA (Sanadik El Shaklan x Om El Bint Shaina) and Naazim (Mustafa x Naadirah). My friendship with Tanya Hawley, such a clever and gracious woman, resulted in T Nadji (Simeon Sa’ar x Nara) being leased to me and he left us with several lovely daughters.

Puss in Boots has also given me two Arabian derivative fillies, a buckskin filly by Ray of Light named QHF Kit Kat and an unnamed, unweaned palomino filly by Roseglen White Knight. The decision to breed derivatives was a quick one, more or less a flight of fancy (some were heard to mutter that I had crossed to the dark side) but I have really enjoyed showing QHF Kit Kat and look forward to more fun times preparing and showing the palomino filly. Having bred my two coloured derivatives I have got that out of my system and probably won’t continue down this path. My first and foremost love is purebreds.

I have stuck to my El Shaklan lines and bred this way without fear or favour, not following fad or fashion. I have found with my mares’ strong pedigrees I am able to consistently produce a type I love, and with these horses I have been fortunate enough to win at the highest levels over a decade or so, under judges who are world renowned breeders of beautiful horses.

That said, in 2008 I bred Quartz Hill Farm Puss in Boots to the beautiful black stallion American Hero imp USA (NV Beau Bay x Golden Silk) as an outcross to my intense Shaklan lines and was blessed to get a filly. I named her Quartz Hill Farm Georgia Peach. Later, fortune smiled when Georgia foaled an amazing black filly to the lovely Crave FF, who is a grandson of Simeon Sanegor. The black colour was an added bonus… I hadn’t thought of that when I bred to him! This black filly grew up nicely and was named QHF Dark Desire. She was shown very successfully and didn’t let the team down. This was such a successful mating that I decided to repeat it and Georgia Peach returned to Crave FF. This time she has given me a gorgeous black colt (once again I didn’t dare dream of black, especially not twice in a row) who is every bit as exciting as his sister. He is not weaned and isn’t named yet, all in good time!!! You might say he is my ‘dark horse’.

There are three foals due this spring by Eastwinds Axplosion. He is now a grand old man of 24 years young and is living here at present…it’s a circle of life moment! Thank you to Les and Tom of Eastwinds Arabians. Axplosion has bred Quartz Hill Farm Ooh La La, Quartz Hill Farm Blessing and Quartz Hill Farm Puss in Boots, all of whom have been tested in foal and I can’t wait for these babies.

In the past, on two occasions, each for many years, Ray and I have been involved on the Committee of Arabian Riders and Breeders ACT & Southern NSW (Arabs Inc.) and worked hard to bring the Australian Arabian Championships to Canberra. I encourage others to get involved, get on committees, help at shows and to try new things such as Arabian racing. There is plenty to like about the Arabian industry and many good people. Life has been a wonderful journey with my Arabian horses... you might say the fulfilment of a little girl’s dreams… so many years ago.

For the future, we hope to continue on as long as we can, enjoying our farm and our horses and all the friends we have made.

We are especially looking forward to following the progress of the Quartz Hill Farm horses who are competing very successfully in Endurance in Australia and overseas. Thank you to their owners, especially Martin Mizzi of Kalimnah Farm, for selecting our El Shaklan bred horses for this demanding sport. 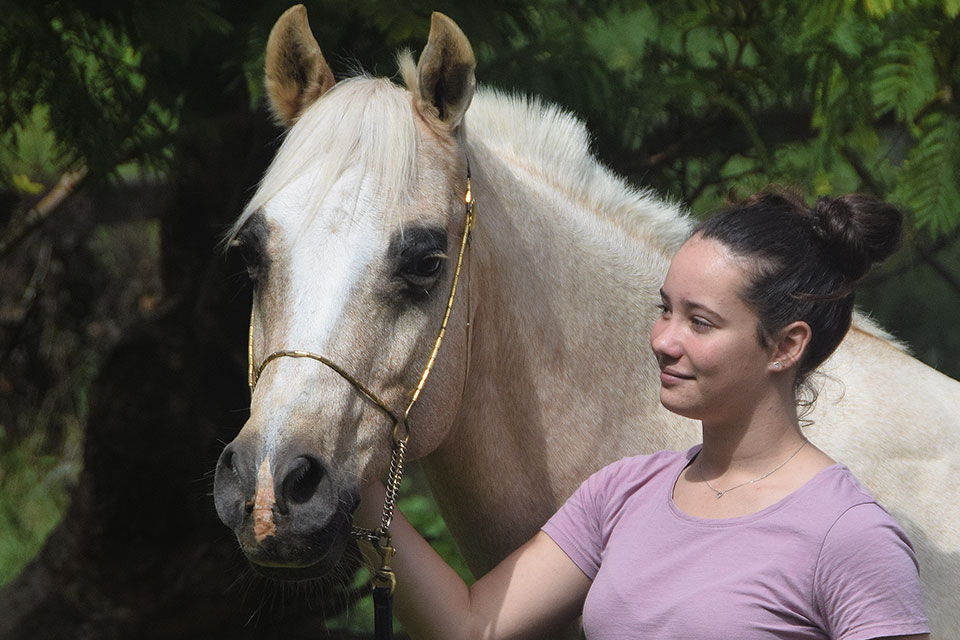