Confessions of a Showy 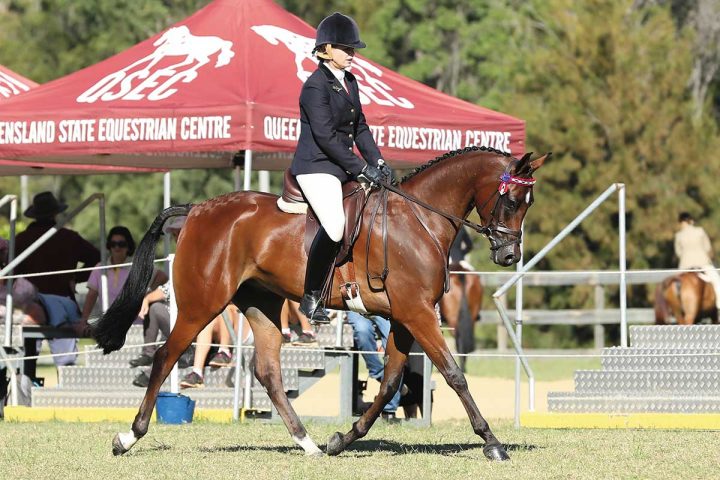 When asked to write about bringing on young Arabian-bred horses under saddle to get them into the show ring, it seemed a pretty relevant topic for me.

In all my years of breeding and showing Arabians, I have never had a “ready-made” saddle horse. Most of my saddle horses have been broken-in by myself or arrived at our property shortly after this major and important milestone in their lives. Seems like I am always riding a green horse!

Once my horse has basic education and is handling light work under saddle, I work out when would be a good time to take him or her out to a small show or dressage day. I then start planning accordingly. Each horse is different and their ridden career has to have many things factored into it. Some horses need more time, while others just take it all in their stride.

Often, the horse’s eligibility for the Newcomer/Young Horse classes determines when we start them out at shows. My current youngster is a four-year-old Arabian gelding, Rose Gum Crown Allegiance (Chelleason Crown Jewel x Rose Gum Ellustria) or AliG as he is affectionately known. I bought AliG when he turned three in late 2014, when he had been broken-in about three weeks. Normally I would give a youngster like him approximately six weeks’ work and then spell him for about the same amount of time. In this case, I unfortunately had surgery the day I bought him, so he had three months off.

AliG was very quiet when broken-in and came back into work at the end of the three months in January 2015 just as quietly. I began to plan his first outing, a small dressage day at the beginning of March. This was to be followed by the Queensland Arabian Gala Show at the end of March and then the AA class Arabian Challenge Show in June.

I started taking AliG to Terry Cowan for fortnightly lessons, giving him the chance to get used to working in an indoor arena. I like to work out what suits youngsters best in regards to how often they are worked. They only receive light work for around 20 minutes as a rough guide. If they behave themselves, I finish up regardless of the time. There is no point pushing youngsters, as like children, their attention span is short and I always like to finish on a positive note. For this particular youngster, two or three days of light work followed by one day off was the best routine for him. He naturally tries to please, but like all youngsters, there are days when I think he will never be able to trot a straight line!

After doing these three outings, the plan was to turn AliG out for a month to rest and contemplate what he had been doing and then bring him back into work to get ready for the QLD Arabian Horse of the Year (HOTY) and the Top of the Range (TOTR) shows. I was even thinking about taking him to Sydney in January 2016 for the East Coast Championships.

Then fate reared its ugly head and he ended up with 12 weeks off because I had the misfortune to injure myself. He was heading to HOTY and TOTR  with fewer days of training than I would have liked. This ended up pear shaped anyway with AliG injuring himself! Sometimes you just can’t win and you just have to go with the flow! My focus changed to getting him to East Coast in Sydney!

This goal meant consistent work for us both with weekly lessons and no time off over the Christmas season. The weather in Queensland at this time of year is hot, extremely humid and frequently wet – as a result I ride around 4.30am/5am before going to work. This equates to a very sad social life but as with any sport, sacrifices need to be made. Non-horsey friends and family frequently don’t comprehend why I cannot always go out and have fun with them. Luckily I have a very supportive husband. He stays at home to look after our animals when I head off interstate to shows. Basically no holidays together!

Owning and showing Arabians can be expensive and time consuming but I can’t imagine my life any other way. I really enjoy the training side of things, even on those frustrating and difficult days because I know I am heading in the right direction. My horses bring me so much joy, and the feeling of accomplishment when they do well far outweighs any negatives that might come along.

I also love my human “show” family and enjoy the catch-ups at the Arabian shows.

At the end of the day, if we go to a show and my youngsters behave and put their heart into their work, that’s far more rewarding than any ribbons! 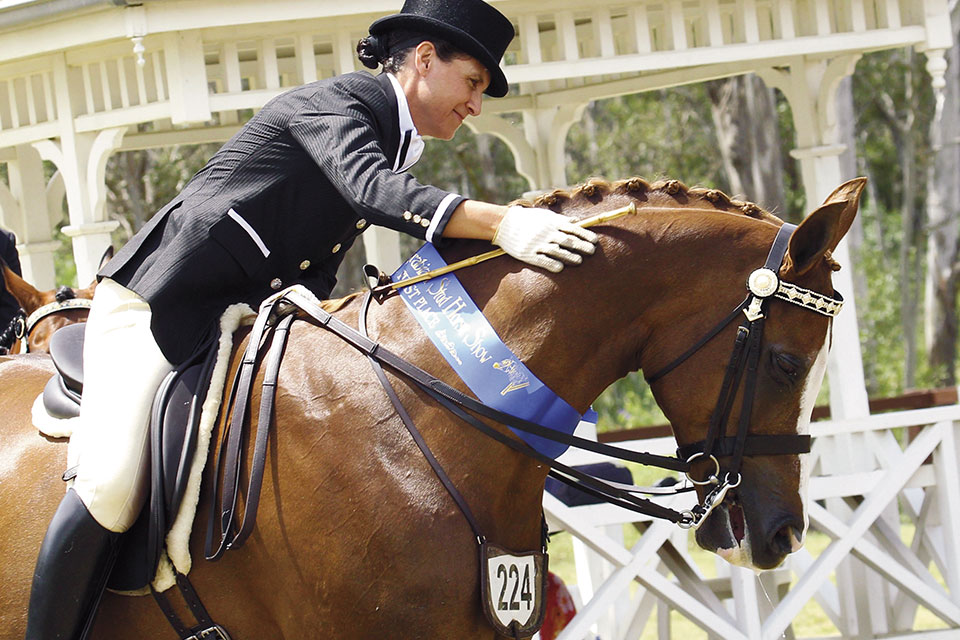