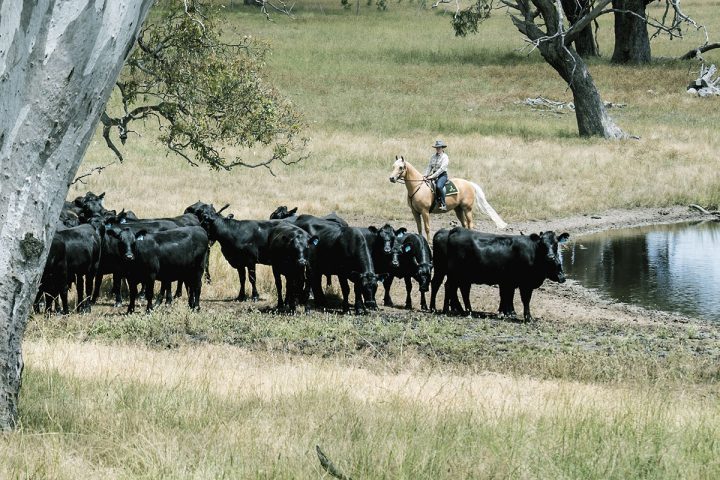 Jindalla Park All That Glitters is the workhorse of the property. Photo: Ann James

If you own an Arabian or Arabian Derivative horse it’s likely you’ve encountered statements like: “So you do endurance?” or, “I don’t like how they run them around in the show ring”, or maybe, “Arabians are too hot for me!” And heaven help you if your horse also happens to be a mare, right?

Wrong! The next time you are batting those comments away like pesky flies, you can use this article! Here we pay tribute to the versatility of our much-loved Arabian Derivative mares by highlighting the achievements of a few of them. Of course, we know there are countless examples around Australia but we just cannot fit them all into this one story!

Sharon Barry is the proud owner of Jindalla Park All That Glitters (Whitsunday Akram x Bluegum Snowflake) aka Aimee, a stunning palomino Arabian cross Stock Horse and a registered Partbred Arabian. She does carries some of the more traditional accolades associated with Arabian horses – four time Australian champion in the show ring for example, but this just scratches the surface of Aimee’s stellar resume. She competes in Stockman challenges, skills at arms and parades through peak hour on the busy streets of Melbourne with the Lighthorse Brigade. In her spare time she gives pony rides to children and is Sharon’s go-to horse on the farm for mustering duties. Sharon says, “I love having the Arabian Derivative blood as the horse is beautiful, functional and will go all day. Being functional and calm, Aimee ticks all the boxes for an amazing mustering horse.”

Aimee is now moving on to new adventures with her first foal by Australian Stock Horse, Chalani Tempo due in September. Sharon eagerly awaits the foal’s arrival, and is already planning for exciting things to come; “My hopes for this foal is to have a lovely laid-back nature like both parents, as well as the looks and personality to match. I’m hoping in time this little foal will become my main mustering horse alongside its mum, and that Aimee’s legacy will continue!”

Another shining example of equine versatility is Petra Marz’s Arabian Warmblood mare, Robinhill Mirage (Mirat Zarif x Trimb Amazing Grace), or Raz as she is known by her owner and their many students.

Raz had many successful years as a dressage horse, competing up to medium level. She was a show hunter, as well as side saddle and Arabian Derivative champion both locally (Canberra) and interstate, competing at Royal level. Now at the age of 22, she is the class favourite at Petra’s riding school located in the ACT, Ridge View Equestrian, where she teaches children and adults various styles of riding, including side saddle.

Petra said, “A good Side Saddle horse should be athletic, intelligent and most importantly have the best of temperaments. Raz is all these and more. The Arabian Derivative horse provides owners with such a multitude of opportunities, whether in the show world or other equine disciplines. Raz opened my eyes to this.”

For this reason, when Petra decided to breed her own horse a few years ago to take Raz’s place as she grew older, she chose another Arabian Warmblood to join the family.

Tania Edmonds of Daitan Equestrian in South Australia owns the pretty buckskin Partbred Arabian mare Chelleason Crown Dior (Chelleason Crown Jewel x White Skye Blue) and she is trying several different equestrian activities with great relish. Another plus for owning a derivative is they come in a multitude of colours too!

Tania goes on to say, “Each day she gallops up to the gate to greet me, looking for her halter to dive her head into. My beautiful mare loves life and loves her job. “At only four years of age, this brave, bold, sassy young lady is quite literally turning her hoof to every task I give her from beach rides to embarking on an eventing and dressage career.

“Recently, Buttons, as she is known at home, won the 4 Year Old Young Pony Class at the Spring Dressage Festival on a score of 73%, earning herself a qualification for 2017 Dressage With The Stars. In the same month, she competed at her first ODE, winning the combined training and then went on to an agricultural show where she won all her Show Hunter Galloway classes.

“Now competing EA eventing in the Newcomer classes, Buttons has completed her first start at the SA State Eventing Championships, proving herself to be a cross country machine. Buttons is adored by many, being a previous Reserve Australian National Champion Partbred Mare/Filly All Ages in 2014 and SA State Dilute and Partbred Champion in-hand as a young filly. This little queen of versatility is so much fun, she delights me every day and has a big performance future ahead of her.”

Over in Western Australia there is a lovely 20-year-old Anglo mare named Wesswood Sadat (Common Prayer x Emvee Rozena), aka Libby, who is a firm favourite with the Willison family for her laid-back temperament and ability to look after her riders. Amber Willison picks up her story, “My mother and I have had Libby since she was 15-years-old. We got her from a lovely lady who used her for shorter endurance rides and trails. She had two weeks with me before I took her out to a gymkhana where she won multiple ribbons in hacking and games. Over the past five years Libby has competed in ODEs, showjumping and cross-country days, unofficial hacking, gymkhanas, endurance, dressage and breed shows and always comes home with ribbons and sashes and a happy rider. She’s a perfect all-rounder who gives anything a go and adapts to any rider. Libby is very special to our family as she has been a well-mannered beginner’s horse for my small cousins and friends, a perfect competitive show horse for myself and a safe and reliable mount for my mother, Tracey Willison, who is a capable but nervous rider that enjoys taking Libby out on trails and endurance rides alone and with company.”

And proving Arabian Derivatives are suitable for every member of the family, Kylie Weltman proudly writes about their Partbred Arabian mare Shazalee Park Bewitched (aka Twitch), who is the much-loved mount for her 15-year-old daughter Mackenzie Weltman. “Mackenzie has been riding since she was five and eats, lives and breathes for her Partbred Arabian, Twitch. And I must mention Twitch is now 21 years old and stands at 12.3hh. This inseparable pair currently enjoys going to pony club, doing beach and trail rides as well as competing at Arabian horse shows, dressage and eventing. Due to where we live, it’s very difficult getting equestrian lessons, so Mackenzie has taught herself a lot of what she knows about horses from reading books and watching YouTube. She has a love for Arabians because of their nature and loyalty.”

There is no doubting that horses like Jindalla Park All That Glitters, Robinhill Mirage, Chelleason Crown Dior, Wesswood Sadat and Shazalee Park Bewitched are the tip of the iceberg when it comes to showcasing the adaptability of our beautiful and talented Arabian Derivatives. There are many more out there building a solid reputation for the breed in many different areas of equestrian pursuits. Another plus for riders looking for a fabulous derivative is that they just keep on keeping on – three of the horses in this story are 20 years or over!

Those of us who are lucky enough to have an Arabian Derivative know this special mix of attitude and trainability equate to true versatility, a horse that will go the extra mile and look good doing it! 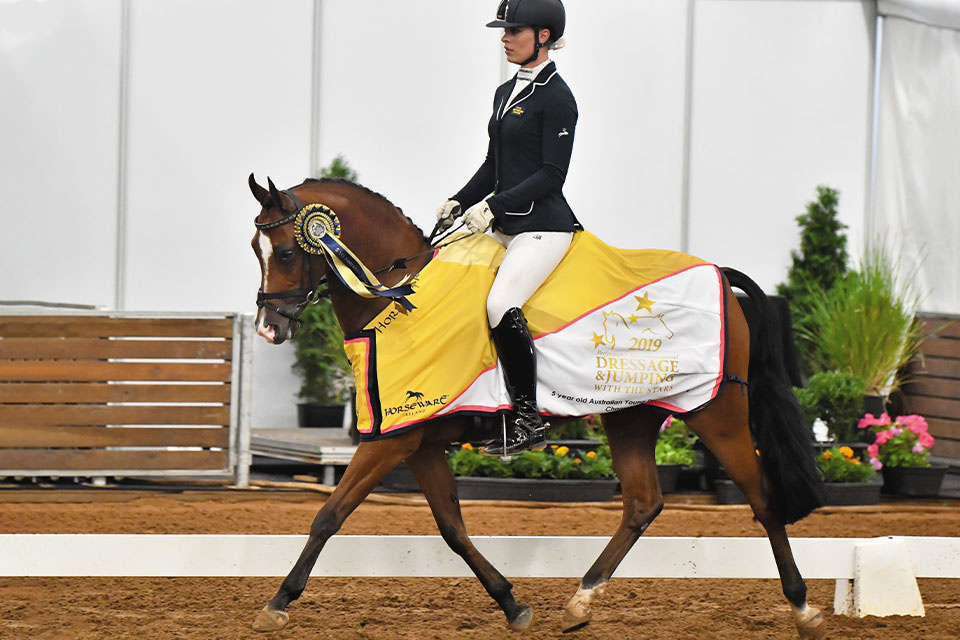