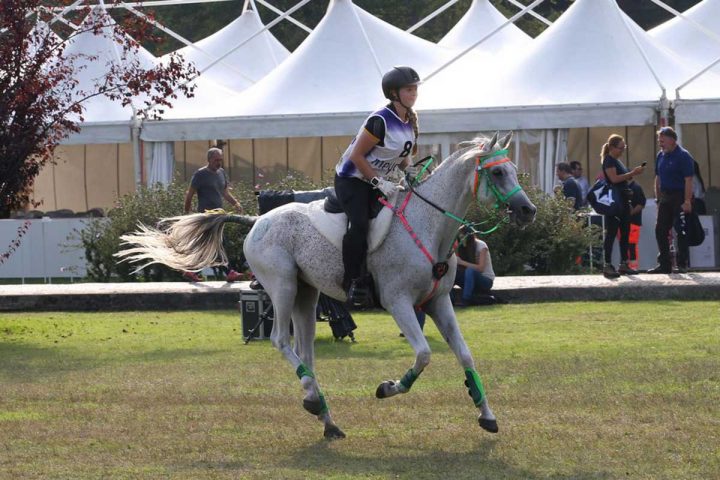 The biennial World Endurance Championships for Juniors and Young Riders was held in the Medieval Italian town of Valeggio sul Mincio, Italy in 2017.

The Australian representatives of Tayla Hadzi, Liberty Mercer and myself were selected to compete alongside nearly 100 competitors from over 30 different countries. So much gruelling hard work goes into preparing for any competition, but the rigorous qualification and selection processes involved make the efforts to attend a World Championship all the harder. Because of this, just making the team and relishing the sense of pride of having the opportunity to represent your country is an achievement in itself.

I arrived in Italy a couple of weeks prior to the championships to reacquaint with my leased Italian-based horse named Estragon. Estragon was training sensationally, however, the bubble wrap slipped slightly when he sustained a small nick on his off fore a day prior to the pre-ride inspection. The team vets Narelle Cribb and Anne Barnes advised regular icing and walking to help soothe the tenderness. Thankfully the next day Estragon was sound as a bell - a massive sigh of relief on my behalf!

Unfortunately, this relief could not be echoed by Liberty. Liberty’s horse Turbulence had also sustained an injury, which resulted in them having to withdraw their nomination. This was devastating news for Liberty and the team, however, Turbulence’s injury was fortunately not too severe and is projected to make a full recovery. With the Australian contingent down to two, Tayla and myself would be representing Australia as individuals.

The day of the championships saw 93 riders crammed into a tight warm up space whilst the count down to the start of the race began. White marquees dotted the premises whilst cameras mounted on tall booms swept the grounds to record the proceedings. The atmosphere was intense as hundreds of crew and spectators watched on from the sidelines.

My goal for the race was to steadily complete and, with this in mind, I situated Estragon towards the back of the race where we would not get caught up in the excitement and energy of the first leg. I knew Estragon was less motivated to ride on his own, so I positioned us behind the Tunisian team and alongside riders from Estonia, Canada and Algeria.

Upon arriving back to base for the first time, I heard the disappointing news that Tayla and Oso Edith had been vetted out on gait. This was extremely disheartening for the team, as Tayla and Edith were such a promising combination. Fortunately, Edith made a full recovery. Team Edith took it on the chin and was a tremendous help throughout the day for Estragon and myself.

The terrain was undulating and the ground was concussive and riddled with pebbles. Estragon was going sensationally in the second leg, however, we hit a bit of a wall after as we lost our companions. I joined the Canadian rider and we rode the remainder of the race together, finishing in a time of 8 hours and 13 minutes. It was an emotional time as I waited under the vet marquee for Estragon’s examination to be completed and the verdict of our completion to be announced. I could hear the presentations for the championship being conducted in the background - surely we hadn’t taken that long, but it was all worth it when the vets announced we had successfully completed and had placed 52nd in the field. Estragon was a superstar - having completed his tenth 120km** out of ten starts! What a champion of a horse

The championship was an amazing experience and I took every moment to absorb all I could from the best endurance riders and teams in the young rider category. Of note, I learned that riding in a group is a massive advantage. Observing the Tunisian team, I saw how the horses travelled in formation, with the leader looping to the back of the pack when it tired, so that a fresher horse could take over pulling the team along. Each rider I met was an absolute pleasure whom was enjoying the opportunity to be with their horse and ride with new friends. The Australian team was delightful to be a part of with a supportive team spirit. 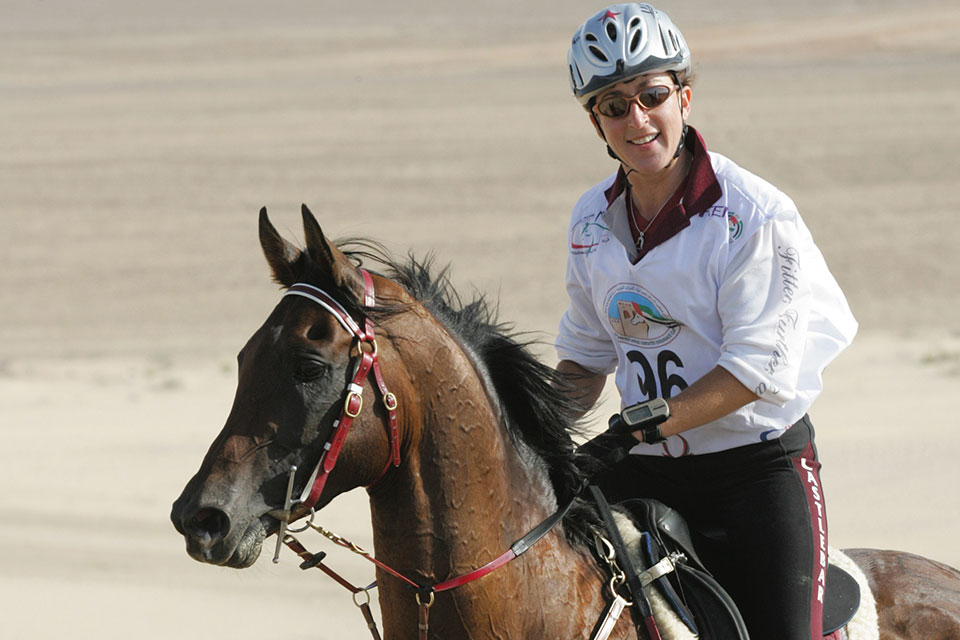